The lion is a member of the cat family (Felidae). Often referred to as the “King of the Jungle”, Lion is one of the two most famous cat species, the other being the Tiger. Every wildlife lover has a dream of going on an African safari and watching the Lion from up close in the wild. Before you book your tickets to Africa, here are 12 interesting facts about Lions you should know.

1. The lion is the second-largest cat species after Tiger. Lions are found in the wild in Africa and the Gujarat state of India. In Africa, Lions are the largest cats. 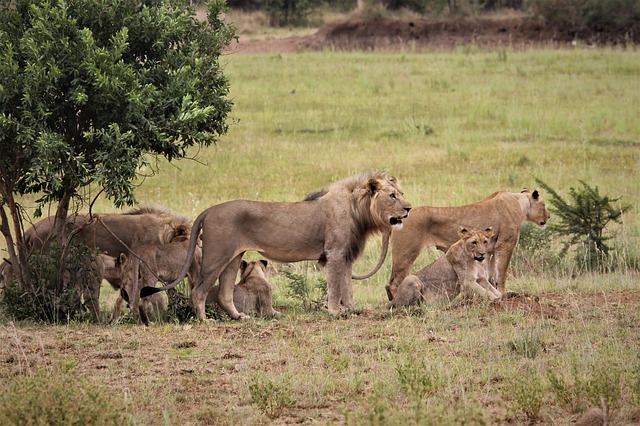 6. Only male lions have a mane.

7. Lions sometimes rest and sleep for 20 hours a day.

8. In Pride, the hunting is done mostly by females.

9. Although referred to as the “King of the Jungle”, Lions mostly live in grasslands and savanna.

10. The Gir National Park in Gujarat, India is the only place in the world where the Asiatic Lion is found in the wild.

12. Lions’ heels do not touch the ground when they walk.

This is the end of the article